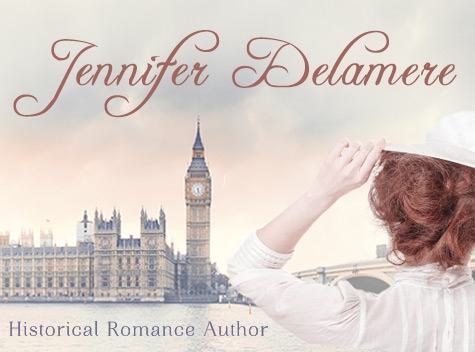 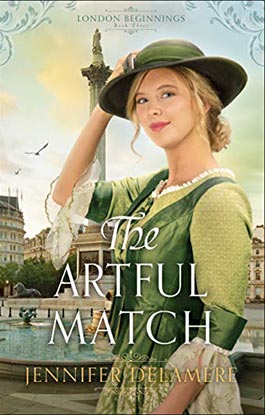 Victorian London Comes to Life in the London Beginnings Series

Cara Bernay has never found a place to fit in or to thrive. At loose ends in London after a near-tragedy costs her a job, Cara befriends a rising young artist. With his help, she begins planning a new life and developing her own artistic talent. But soon Cara finds herself at odds with the artist’s brother—a handsome but serious-minded earl who wants to force his brother back to a “respectable” life.

Henry Burke, the Earl of Morestowe, feels the weight of growing financial burdens. His profligate and emotionally unstable brother is making matters worse, and Henry needs him back home. Despite misgivings about Cara’s mysterious background, Henry sees she’s a positive influence on his brother and on Henry’s unruly young ward, and he strikes a deal with her to return with them to their estate.

But the family has their own secrets, and when Cara, drawn ever closer to Henry, stumbles onto the truth, she must choose between following her heart and pursuing a bold plan that could bring disaster.

Near Exeter, in southwest England

It was going to be a fine day—no matter what anyone else might say about it.

This had been Caroline Bernay’s firm resolution as she’d packed up the drawing supplies for her and four-year-old Robbie. After a week of nearly relentless rain, the morning had finally dawned dry, although the sun was filtered by dark clouds that looked delightfully ominous. Cara couldn’t wait to try her hand at capturing them on paper.

“This is the perfect spot,” Cara announced, as she and Robbie reached the crest of the rise. “Great views all around.”

“It’s windy up here,” Robbie observed, grabbing his hat before the wind could snatch it away.

“Yes, but see what interesting things it is doing to the clouds.” She pointed at the clouds being whisked across the sky, forming beautiful patterns as they went.

Robbie didn’t even look up. His gaze was focused on a stream that ran along a stand of trees at the bottom of the hill. “Can’t we go and play down there?”

“We’ll do that after you’ve had your lunch.” And a nap, she silently added to herself. But she knew better than to say it aloud. Robbie was far easier to get down for a nap if he didn’t see it coming. She spread out the blanket she’d brought and set the picnic basket on top to keep it anchored against the breeze. “See, I even got the cook to pack some buttermilk for us to have with our sandwiches.”

Robbie immediately turned his attention to the picnic basket. He loved buttermilk and had not yet figured out the connection between consuming it and becoming drowsy. Cara was not usually so ruthless about getting him to nap, but today she was under strict orders from Lady Needenham that Robbie should be rested so he could stay up past his usual bedtime for a brief presentation to their dinner guests tonight. Cara would benefit from this plan too: while Robbie was sleeping, she could sketch. She’d brought along a pad and some drawing wax. It was all she could manage to bring, since she was also carrying the blanket and food.

After they’d enjoyed chicken sandwiches, fruit, and biscuits washed down with buttermilk, Robbie said, “Can we go for a walk now? I saw a rabbit down by the brook.”

“We’ll go in a bit.” Cara knew the delay would give time for the digesting food to bring on sleepiness. “Look, is that a ladybug?” She pointed toward the grass at the edge of the blanket.

Robbie stretched out on his stomach with his chin propped on one hand to study the ladybug. He watched as it crawled along on a stem of grass. After a while he tired of that and began to riffle through the clovers, looking for any with four leaves. He wasn’t yet sleeping, but the yawn he gave was an indication he would be soon. Cara knew the signs. His hand movements became less frequent and eventually stopped altogether as he fell into a doze.

Cara pulled out her pad and drawing implements, happy the clouds were still presenting a dramatic tension to the idyllic fields below. In her sketch, she included Robbie too. He looked charming with his head on one arm and a few clovers in his hand. Although she loved painting landscapes, she found special joy in drawing portraits. It was so satisfying to capture a person’s look or attitude in just the right way.

Soon Cara found herself yawning too. She’d stayed up far too late finishing a gothic novel. Once she’d found the corner shelf in the library that held Lady Needenham’s favorite books, Cara had begun devouring them all. Why hadn’t anyone told her, when forcing her to plod through dry tomes for school, that some books could actually be fun?

Setting aside her drawing wax, she stretched out on her back and looked up at the clouds moving at a solemn pace across the murky sky. White and gray in a multitude of shades—more than she could find a name for. How fascinating, she thought idly, that God could make a rainbow out of hues of gray . . .

The breeze rustled the trees below, adding a gentle hum to the murmur of the brook. A perfectly imperfect day.

“Miss Bernay?” Robbie’s voice was soft, seemingly coming from a long way away.

But she didn’t hear anything else. His voice faded into the landscape of her dreams.

Cara only realized she had drifted off when a fluttering movement sent a breath of air across her face and startled her awake. She sat up, blinking, trying to gauge the time. The sun’s position seemed far advanced, although it was difficult to tell because the cloud cover had gotten heavier, obscuring the sun. She felt stiff and a little cold. They must have both slept longer than they’d intended. Far from being cranky tonight, Robbie might be too energized to sleep. She’d have to ensure they took a brisk walk before returning home, if they had time.

She turned to wake the boy, but the blanket next to her was empty. She looked around, her gaze widening from the immediate area to the larger meadow, and then with worry down toward the brook. There was no sign of him.

There was no answer.

“Robbie!” Cara repeated the call louder this time, trying to quell the urge to panic. How could she have fallen into such a deep sleep? It wasn’t like her to sleep so soundly during daylight hours.

She hurried down the hill. Robbie was bound to be somewhere along the water’s edge or in the trees beyond. Slipping on a patch of mud caused by yesterday’s rain, Cara murmured, “Robbie, if you’ve soiled your clothes, I won’t take you outside for a month.” But her threats were useless if she couldn’t find him first.

To her growing alarm, Robbie seemed to be nowhere. Over the next hour she covered every inch of ground he might reasonably have traveled, reprimanding herself the entire time for having been so negligent.

At last she returned to the foot of the hill where they’d picnicked. She paused, wiping sweat from her brow. The sun was low on the horizon. The clouds, which had seemed appealing earlier today, now only threatened. She would have to return to the house and get help. She would have to admit to Sir John that she had lost his son. She was terrified at the thought of Robbie being out in the dark. How in the world could he have traveled so far?

Tears began trickling down her cheeks, matched by the newly falling rain.

It was raining on a lost child.

Leaving behind everything she had brought with her, Cara took off at a run toward the manor house.